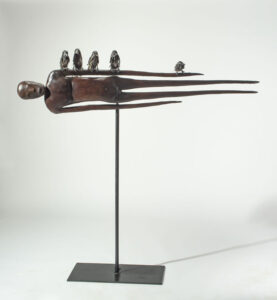 Blacksmithing Lives on as Art Form

In ancient times, blacksmiths were the go-to guys for everything from repairing spears and arrow tips to tweaking axes and knives. Mass production techniques replaced much of the blacksmith’s work, although the early 20th century saw a revival of ornamental ironwork, a market that then vanished with the Depression. But the craft is far from […]

The late, beloved American painter, Andrew Wyeth (1917–2006), once mused about his most famous work, Christina’s World (1948, collection of the Museum of Modern Art, New York), that if he had been “any good” as an artist, he would have left Christina entirely out of the picture. He realized that idea fifteen years later with Her Room (1963), which […] 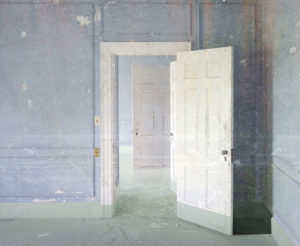 Running until 31 August 2022, Between Two Worlds is an evocative showcase of two photographic artists who have a strong connection to the poetics of coastal spaces. Jeffery Becton and Andrea Hamilton are both interested in the intersection of land and sea, memory and place. In this exhibition, the pair highlight the emotional potential of […]

Courthouse Gallery Fine Art is pleased to announce that Marshall Wilkes, a publisher of fine art books affiliated with the Gallery, has released their latest book—Mary Alice Treworgy: A Maine Painter by Carl Little. The Gallery will host an official book launch in the spring of 2022 (TBA). For more information please email karin@marshallwilkes.com. Mary […] 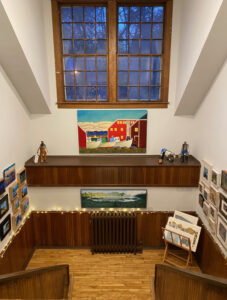 ELLSWORTH — In late fall, Courthouse Gallery Fine Art mounts an exhibit of artists’ small work in its lofty stairwell. Straddling Bridge Hill, the stately Greek Revival building, which once served as the Hancock County Courthouse and Registry of Deeds, becomes part of the show as patrons leisurely ascend the stairs and eye paintings, prints […] 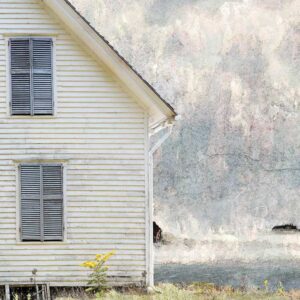 The work of Maine-based photographer Jeffery Becton melds interiors with shots of sea and sky, offering images that can come across as romantic reveries or manifestations of passing time. Using digital cameras, including the iPhone, Becton uploads images to Photoshop, where he crops, cuts and pastes pictures together. There’s a slightly Magritte-like mash-up in some, […] 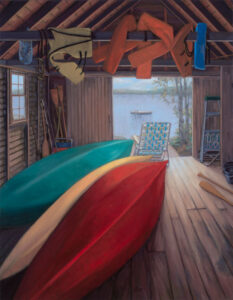 “While many Maine painters are known for their depictions of the state’s iconic landscape, artist Alison Rector has gained acclaim for her interior views— light- filled spaces, both public and private. Prior to moving to Maine in 1990, Rector had painted portraits and self-portraits. Once settled in her new home here, she responded to her […] 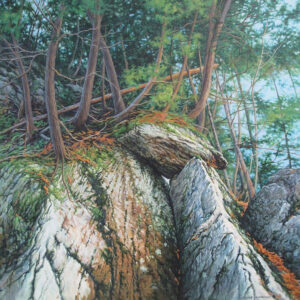 American Art Collector highlighted Janice Anthony in an article by John O’Hern in their March 2020 issue along with her painting Balancing Rock.   Janice Anthony lives on a farm in rural Maine intimately aware of her environment. Her painting Balancing Rock illustrates the balance that exists among massive granite rocks and tree roots seeking nourishment. She says, […] 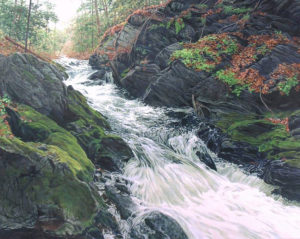 The International Guild of Realism selected Vaughn Cascade by Janice Anthony for its 14th Annual Juried Exhibition. The 2019 online exhibition will be held from March 20 through May 20. Located in the historic city of Alexandria, Virginia, their gallery displays a wide variety of realism work focusing in mediums of oil painting, bronze sculpture, […] 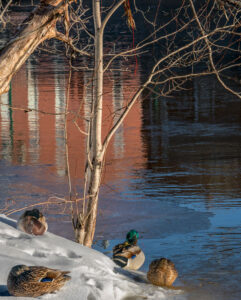 May 2019
The Ellsworth American
by Kate Cough
Link to Article