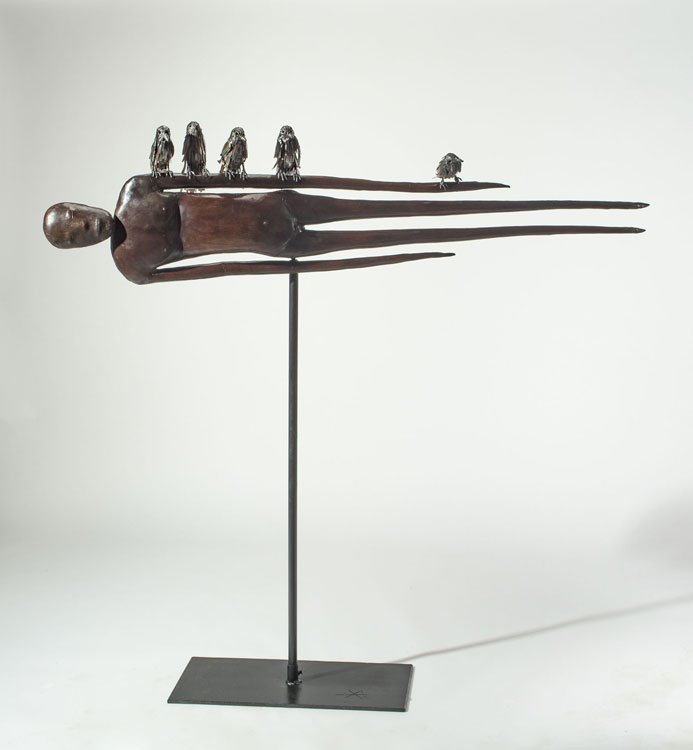 Blacksmithing Lives on as Art Form

In ancient times, blacksmiths were the go-to guys for everything from repairing spears and arrow tips to tweaking axes and knives.

Mass production techniques replaced much of the blacksmith’s work, although the early 20th century saw a revival of ornamental ironwork, a market that then vanished with the Depression.

But the craft is far from dead. Blacksmithing enjoyed a revival in the 1970s that continues to this day by those attracted to the craft’s functionality and rich history.

Today blacksmiths’ pursuits generally range from the utilitarian combined with the artistic to the purely artistic.

He moved to Maine with his wife, Mia Kanazawa, in 1988, after deciding “we were done with New York.” They made a beeline for Brooksville, drawn by the back-to-the-landers Helen and Scott Nearing as well as Eliot Coleman, considered the grandfather of the year-round farming movement.

“This is a great community,” said Kindschi, whose property abuts Coleman’s.

The basis of his technique —repoussé — is the same used on the Statue of Liberty.

In repoussè a malleable metal is ornamented or shaped by hammering from the reverse side to create a design in low relief. One of Kindschi’s 18-foot sculptures in 16-gauge steel might only weigh 65 pounds.

“Most people look at it and don’t have a clue how I do it,” he said.

He describes his work as descendant from the steel craftsmen/artists David Smith, Gonzales and Cesar, who brought industrial metalworking techniques to art. “As an artist, I feel that I must make every part of my pieces,” Kindschi explains in his artist’s statement. “I forge, hammer, weld and patina every piece; no assistant or foundries.”

Among his most arresting works are the “Dominant Species” series, which include, among others, headless figures.

“As a representative piece it doesn’t need to have a head,” said Kindschi. “The idea is we think we will be the dominant species until we kill ourselves off. We really need to find a way to live in the world without damaging the world.” He and Kanazawa live simply in a home they built and have no regrets about their choices. “Our theory has always been that our art is our life,” said Kindschi.