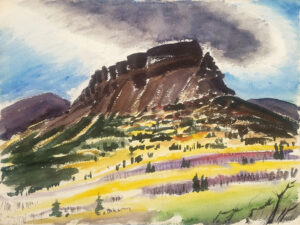 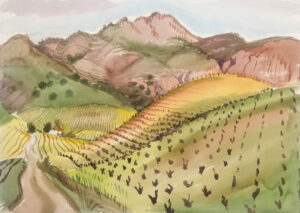 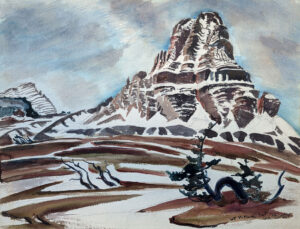 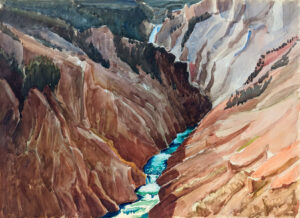 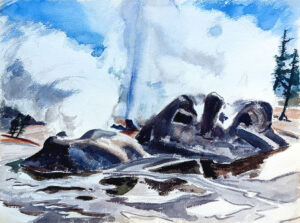 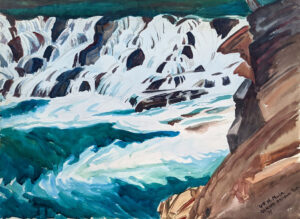 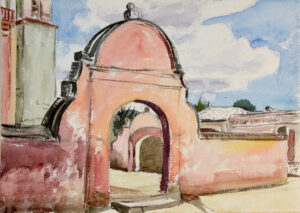 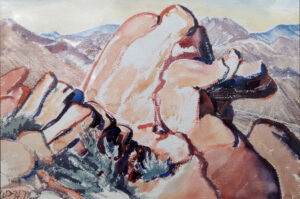 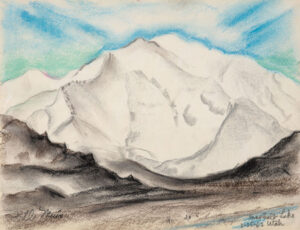 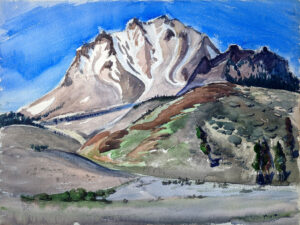 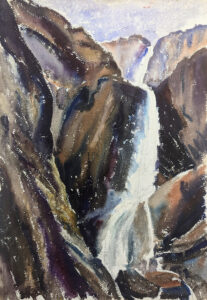 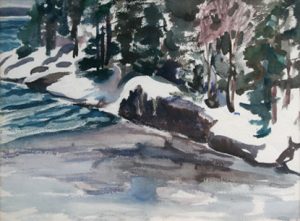 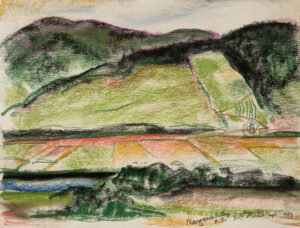 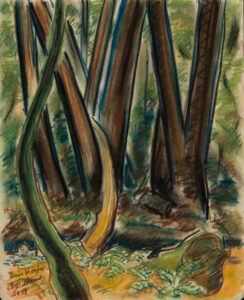 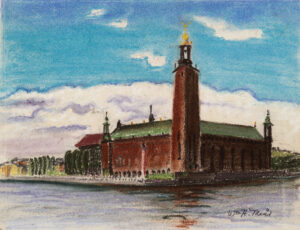 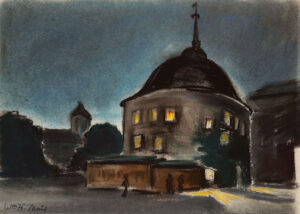 William H. Muir (1902-1964) was a nationally known sculptor and a modernist painter. Muir and his wife well-known artist, Emily Muir, moved to Stonington, Maine in 1939, where they built a home and studio during the 1940s. Here they spent the rest of their lives dedicated to making art.

Muir’s career as a sculptor took off after the World War II, and from 1951, until his death in 1964, he exhibited regularly at the Sculpture Center in New York City. In one year alone (1953), his sculptures were included in shows at the Metropolitan Museum of Art, the Whitney Museum of American Art, the Pennsylvania Academy of Fine Art, and the Detroit Institute of Arts Museum, as well as the art museums at Bowdoin, Colby, and Dartmouth colleges. Muir’s sculpture is also included in Maine and Its Role in American Art (Colby College, 1963). His work is in the collections of Bowdoin College Art Museum, The University at Fredonia, NY, The University of Maine, and The Farnsworth Art Museum.

Muir worked in Maine granite and wood, expressing himself, according to one critic, in abstractions suggested by botanical and other natural forms. Muir was so in tune with the nature, his organic forms seem to emerge from the wood. He carved in a variety of woods, including oak, mahogany, African blackwood, Brazilian rosewood, black walnut, maple burls, and domestic apple woods..

Art historian Carole Calo, who has a special interest in post-World War II sculptors, said “Certain sculptures inspired by tree braces from which they are crafted defy gravity, emulating the openness and expressionism of welded metal ‘drawings in space’ of David Smith.”

A 1964 article in Time magazine stated, “nature, with all her wisdom, cannot seem to match by accident what Muir shapes by design…Muir’s subtly swiveling works exchange contours with the space that surrounds them, earning comparisons with the smooth biomorphic bulges that mark the sculpture of Arp, Moore, and Brancusi.” (Time, March 13, 1964)

Muir was born in North Dakota and studied at the Minneapolis School of Art before moving to New York City to accept a fellowship to study at the Art Students League in the mid-1920s. Muir studied with Leo Lentelli, and was working as a sculpture monitor at the League when he met his future wife, Emily, whom he wed in 1928.

The young couple often worked together and became successful commercial artists, travelling throughout Europe and Latin America designing dioramas for the Moore-McCormick steamship line, a cruise line company. As Emily wrote in her autobiography, “With luck, love, and ingenuity, we survived The Great Depression.”

Muir enlisted in the Navy in 1938. During the war Muir was stationed in Brunswick Maine, where he produced a series of historically significant pastels and drawings of daily life on the base. Most of these sketches are signed and dated.

During their many travels, the Muirs often painted the same scene, and to see these paintings side-by-side is quite remarkable. Remaining in the Muir estate are outstanding oil paintings and pastels by both Muirs of Trinidad and the West Indies, South America, Europe, and the United States.

Emily Muir credited her husband as her life-long inspiration, William Muir. She said it all came naturally to Bill: “With him it is no theory, it is a response to life.”

Ellsworth gallery owners embrace a chance to manage the estate of William and Emily Muir, prolific artists whose substantial contributons continue to impress Last Christmas, Karin Wilkes’ husband, Michael, gave her a present that made her smile. It was an autobiography of artist Emily Muir, who together with her husband and fellow artist William Muir […]