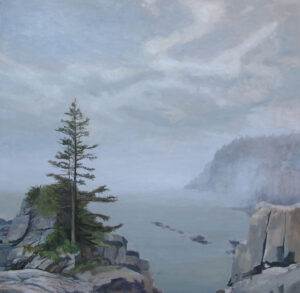 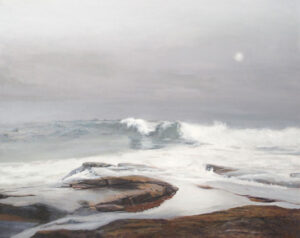 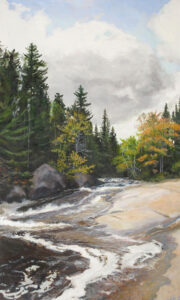 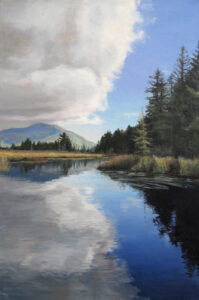 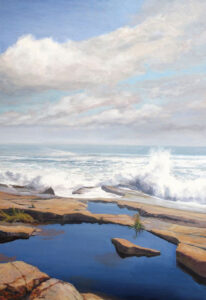 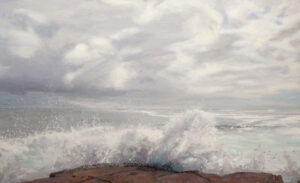 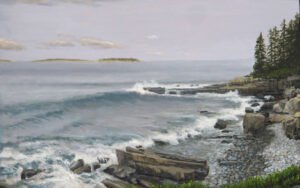 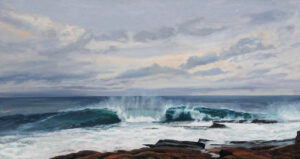 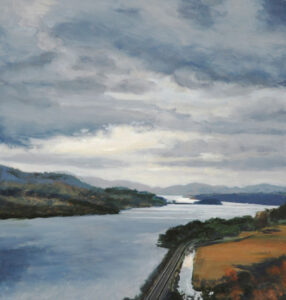 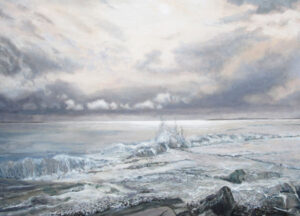 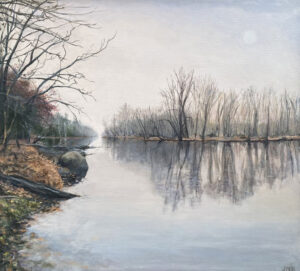 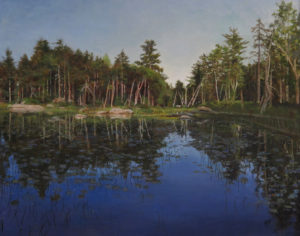 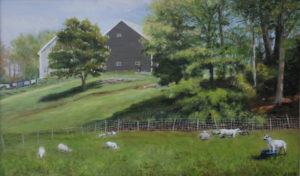 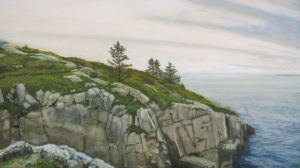 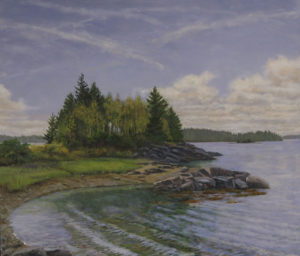 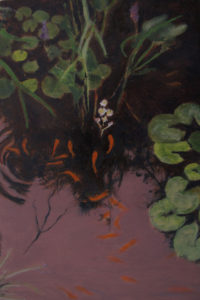 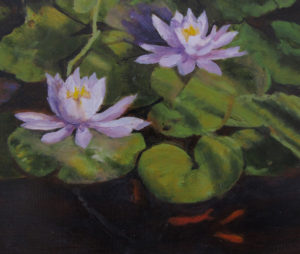 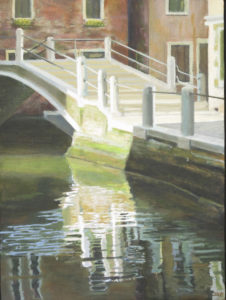 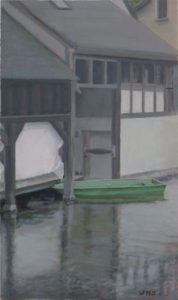 Judy Belasco (b. 1942) paints subtle, yet majestic coastal scenes. She spends her summers exploring the coast of Maine in search of these special places. With camera and sketchbook in hand, she captures the moment, and then recreates the experience on canvas back in her studio. She has also recently returned to her former engagement with plein air painting.

Belasco is drawn to places where the interplay of water, sky, and light are shaped by atmospheric weather. She uses fog or mist to separate foreground from the background, reality from spirituality. Her goal is to create a place where these two realms coexist. Belasco achieves this harmony by using a sophisticated color palette that subtlety binds them together.

Belasco grew up surrounded by art and knew at an early age that she wanted to be an artist. Her family lived in artist’s colonies in Germantown, Pennsylvania, during the winter, and Gloucester, Massachusetts, and Maine during the summer. Belasco’s  father, Oliver Nuse, and her grandfather, Roy C. Nuse, were both fine artists. Roy was a Pennsylvania Impressionist of the New Hope School and taught at the Academy of Fine Arts in Philadelphia. As a child, Belasco remembers being in awe of the beauty of his paintings.

Belasco won a scholarship to the Philadelphia College of Art where she studied painting with Louis Finkelstein and Joseph Fiore. She eventually switched into Photography to work with the notable teacher Ray Metzger.  In 1972, a photograph by Belasco was included in a prestigious exhibit at MOMA of noted photographers titled “About Women.” Belasco also studied with five teachers at the Maine Photographic Workshop, most notably John Paul Caponigro.

She received her BFA in 1972 from the Philadelphia College of Art, which is now University of the Arts.

Belasco returned to plein air oil painting in the 1980’s. She honed her color theory and painting technique by studying with noted Maine artist Linden Frederick for several years.

Belasco was an art teacher at the Germantown Friends School, a Quaker preparatory school, a position she held for 32 years. In 2008 she retired to focus fulltime on her painting.

Belasco divides her time between Philadelphia and Maine, where she loves to explore the woods and coastline. She credits her family’s artistic legacy for shaping her love of nature and the arts. Belasco feels spiritually connected to nature through her painting and hopes to share that experience with others.

Judy Belasco sees and celebrates the beauty found in nature, capturing subtle shifts with a keen eye and sensitive hand. Belasco brings a timeless aspect to each painting: an experience one is fortunate to witness. The completed pieces are devoid of irony, sensationalism and showmanship and convey a welcome sense of relationship to the natural world. — Emily Brown, faculty; Pennsylvania Academy of Fine Arts and University of the Arts

“The longer you look,” Belasco has said, “the deeper and deeper you go.” The same can be said of these remarkable paintings. They draw us into landscapes we thought we knew but now see with greater depth and renewed wonder. — Carl Little, Courthouse Gallery Catalog 2018
Belasco’s works echo the scale and converging horizon perspective of Martin Johnson Heade (1819–1904), whose salt marsh scenes marked a high point of American painting. Belasco’s paintings are surprisingly free of angst despite their dedication to detail and brushwork precision.  — Daniel Kany, Maine Sunday Telegram