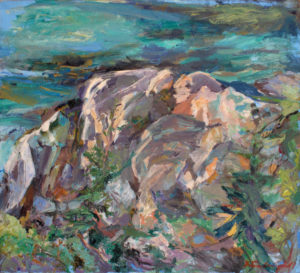 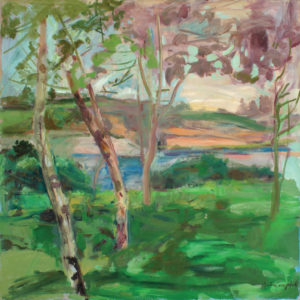 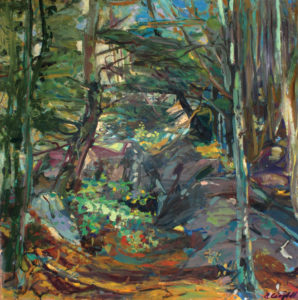 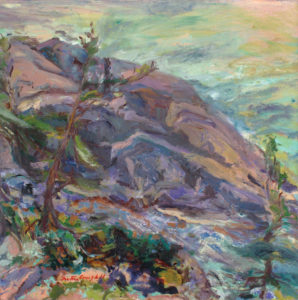 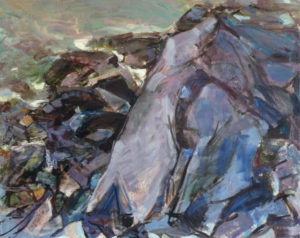 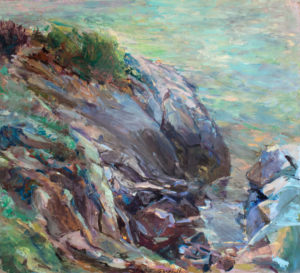 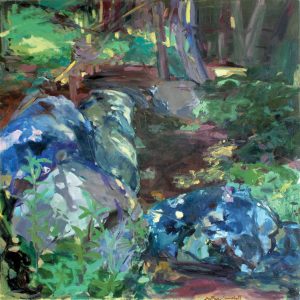 Gretna Campbell (1922—1987) was born in Bronx, New York. She attended the WPA Art Workshop in 1939, and Cooper Union Day Art School from 1939—43. In 1944, she was included in the Chicago Art Institute Painting Annual, and the Museum of Modern Art purchased her work, Mystical Bird (hooked rug). In 1945, Campbell attended the Art Student’s League and received the Pearl Fund Fellowship by Clifford Odets. In 1946, Campbell married Louis Finkelstein, and in 1950, they bought a house on Cranberry Isle, Maine, where she painted subsequent summers for the next thirty-six years. In 1953, Campbell was awarded a Fulbright Fellowship to France, and her work was included in the Whitney Annual.

Campbell taught at the Brooklyn Museum, Yale University, Maryland Institute College of Art, New York Studio School, and Pratt Institute. She was awarded the Benjamin Altman Prize in Landscape Painting, National Academy of Design in New York, the Ranger Fund Purchase Award, and Award in Art, American Academy and Institute of Arts and Letters in New York. Her work is in major museum collections throughout the United States, including the Philadelphia Museum of Art and the Museum of Modem Art in New York City.

ALTHOUGH I GREW UP IN NEW JERSEY, I’ve been going to Maine since I was 10. In the very beginning, actually, I was not quite in Maine. The place we visited, Star Island, is part of the Isles of Shoals, a small group of rocky islands about nine miles out fromPortsmouth, New Hampshire. But the […]