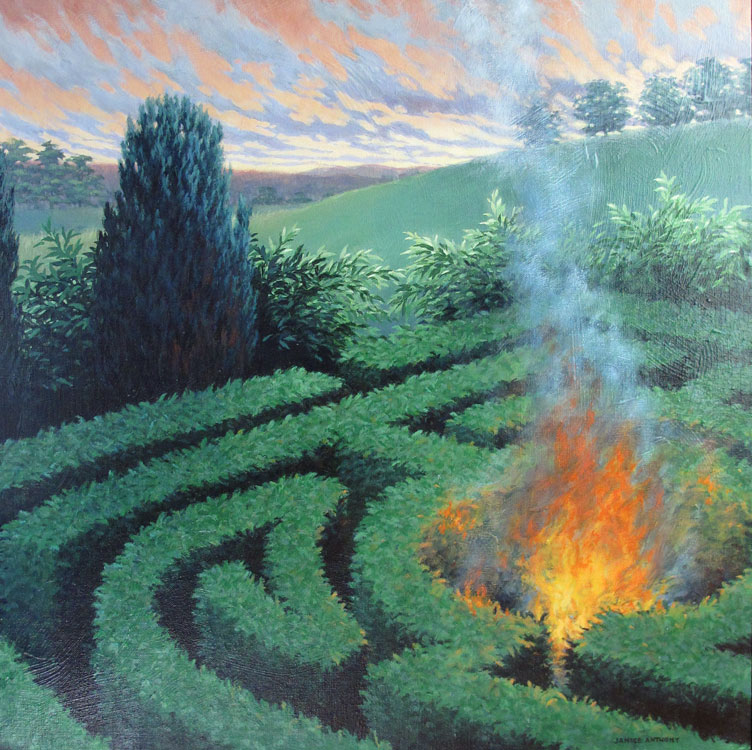 Janice Anthony: At the Heart of the Flames

Their Twitter account also posted a review of each picture by Ian Dejardin, the curator at Dulwich Picture Gallery, who selected his favorites and gave his reasons behind the choices. He said the following about Passing Disturbance II:

“Another from a series of paintings with fires and mazes, the maze might be a refuge from the outside, but has its own threats, and the threat from outside is already advancing. ‘Another highly-skilled painting, with a disturbing sense of mystery about it.’”