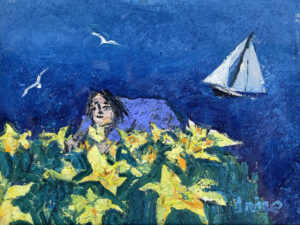 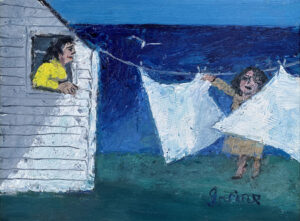 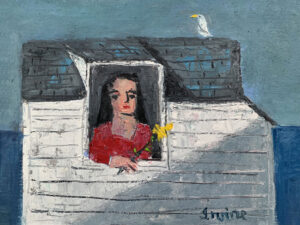 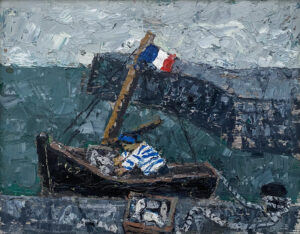 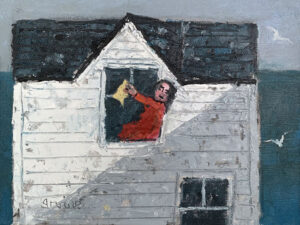 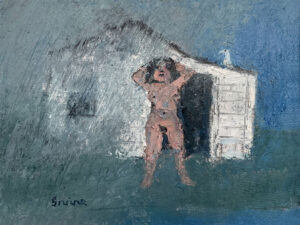 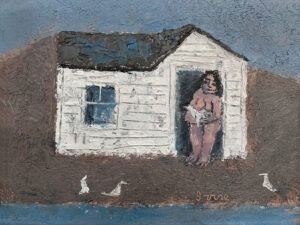 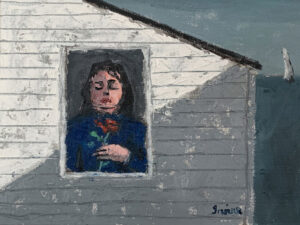 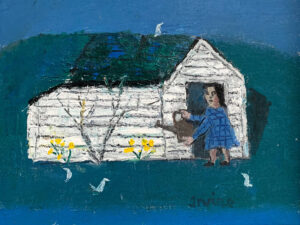 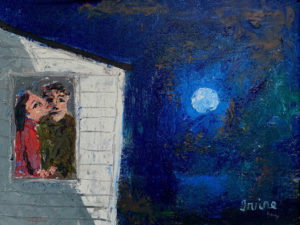 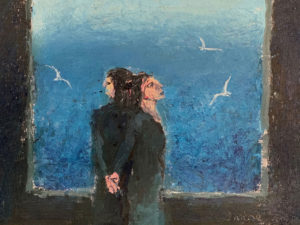 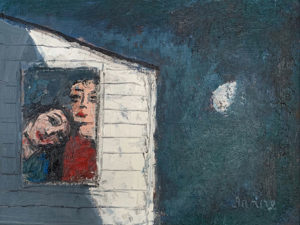 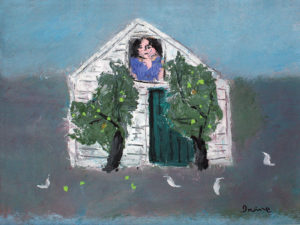 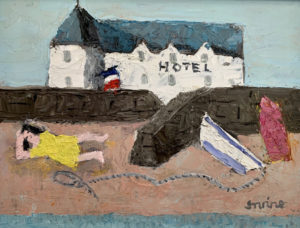 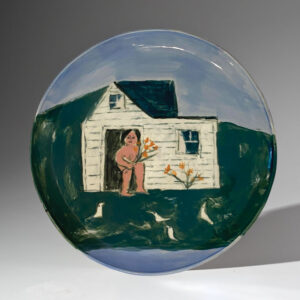 William Irvine (b. 1931) is best known for his modern compositions with their angular shapes and a rich palette that ranges from brilliant blues and greens to soft mauves and smoky grays. Irvine believes that “Every artist is born with a small set of poems, and it is the exploration of that personal mythology that defines him as an artist.”

William Irvine was born in Troon, a small town on the Atlantic coast of Scotland, a few miles from Alloway, where the poet Robert Burns was born. Irvine became interested in art as a young boy and majored in art at Marr College, a progressive secondary school in Troon. When the family of whiskey magnate Johnnie Walker heard about two budding artists at Marr (Irvine and his best friend William Crozier1), they invited the boys for a private viewing of Walker’s art collection. This was Irvine’s first opportunity to see paintings that were not reproductions but originals by the masters.

Irvine graduated with a degree in drawing and painting from the Glasgow School of Art in 1953. After his National Service in the Scottish army, Irvine moved to London. During his ten years there, Irvine exhibited in many galleries, including one-man shows at the Drian Gallery and the Parton Gallery. In 1960, he met and married Stephanie Schram, an American student studying in London.

After seeing a newspaper advertisement for property in Maine, the young couple moved to the United States in 1967. They settled on the coast of Maine in Washington County. A few years later, they bought a house in Blue Hill, Maine, and the old attached barn became Irvine’s studio for the next forty-two years.

Maine proved to be a turning point. Irvine combined the abstract with the figurative, producing bold new seascapes, landscapes, and still lifes. He was also moved by the everyday lives of the men and women living and working in these coastal villages. Paintings of these people, as well as his experimental seascapes, became lifelong themes for Irvine.

In 1985, Stephanie died after a long illness. Irvine married Margery Wilson in 1995. They built a house and studio on the shore overlooking the sea in Brooklin, Maine. Living in such close proximity to the ocean provides Irvine with daily sources of inspiration. He still lives there today with Margery and their Shetland sheepdog, Tam O’ Shanter. 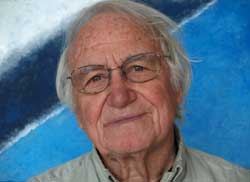