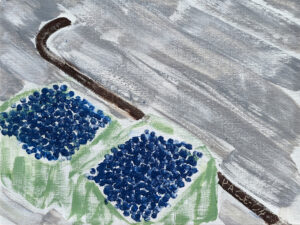 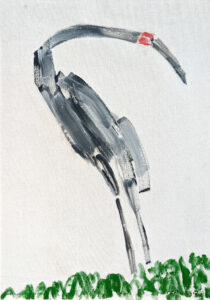 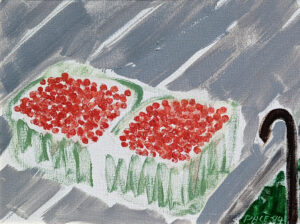 Stephen Pace (b. 1918) was born in Missouri and grew up on subsistence farms there and in Indiana. There were no books or art works in their homestead nor was blank paper available, but he painted with coffee on the glass panes of the barn windows. His mother, whose colorful patchwork quilts, made from worn out clothing, still embellish his home, saw a notice for WPA art classes in nearby New Harmony, and persuaded fifteen-year-old Stephen to enroll. He proved to be adept at drawing, as well as skilled in architectural rendering, which landed him work in an architect’s office, and his accomplished watercolors were exhibited in New Harmony in 1939. 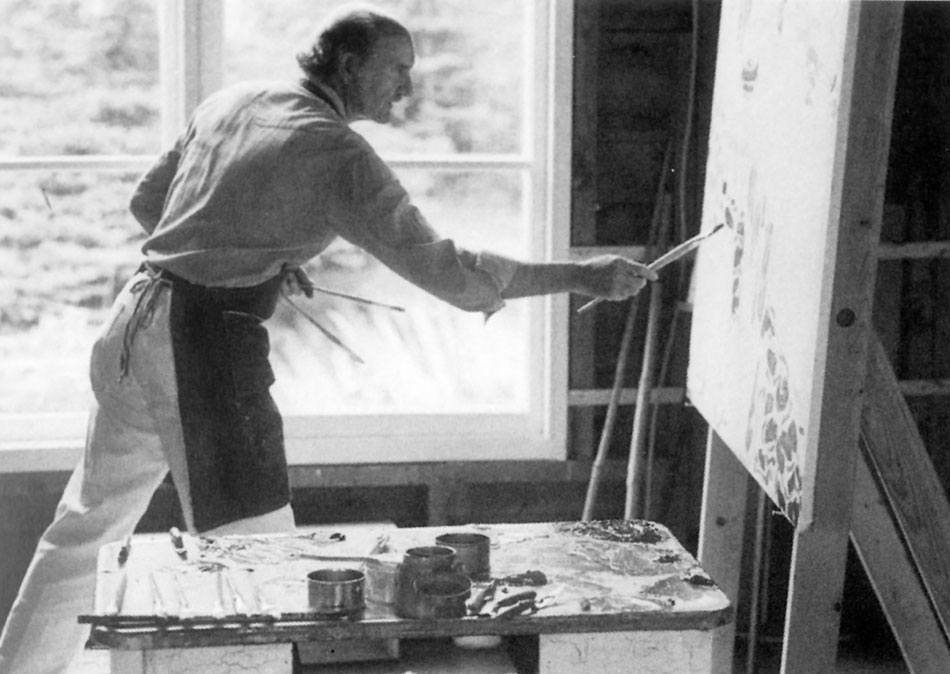 Pace and his three brothers were all in the army by 1942 (“That’s when Dad finally got a tractor,” he recalled), but even overseas, stationed in England, he managed to make watercolors of local surroundings and show his work on the base. Landing shortly after the first Normandy beachhead, his division was fighting its way across France when he was in an accident and ended up with a broken leg and pleurisy in a hospital in Paris.

Painting by the Seine one day, he met Gertrude Stein who took him to visit Picasso. Released from the army he cast about for an alternative to going back to work on the farm and decided to take advantage of the new G.I. Bill and attend an art school about to open in San Miguel Allende, Mexico. There he met Milton Avery who was to remain a close friend and important influence. While painting the local scene in Mexico he found that he was more interested in the shapes emerging on his canvas than in realistic detail and abstraction took over. 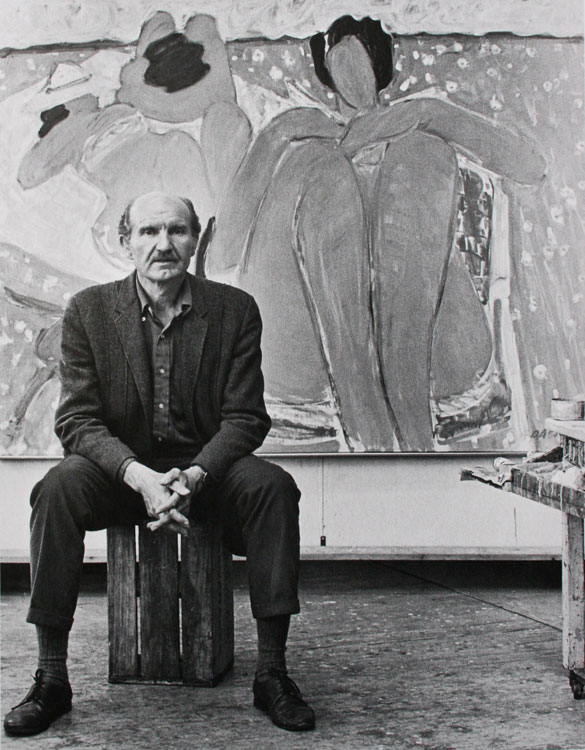 Returning to the United States, Pace tossed a coin in a New Orleans bus station to decide whether to head east or west. East won, and Pace entered into the downtown New York scene, becoming friends with Franz Kline, and registering at Hans Hofmann’s School. With time still left on the G.I. Bill, Pace enrolled at the Academie de la Grande Chaumière in Paris and traveled in Italy.

The large gestural abstractions that he produced in the 1950s fit right in with the ethos of the New York School, yet among the torrent of brushstrokes there were occasional intimations of a landscape experience in qualities of light, density, and color. After a decade of exhibiting with the Abstract Expressionists in major New York galleries, Pace found nature forcing its way back into his paintings. Since that time his colorful gestural works have been devoted to recollected scenes from his Indiana childhood on the farm and activity on the Maine waterfront. For many years he divided his time between Stonington, Maine, Manhattan, and Washington D.C. where he taught at American University. In his nineties and still painting, Pace returned to the locale of his youth and lived in New Harmony, Indiana, until his death in 2010. 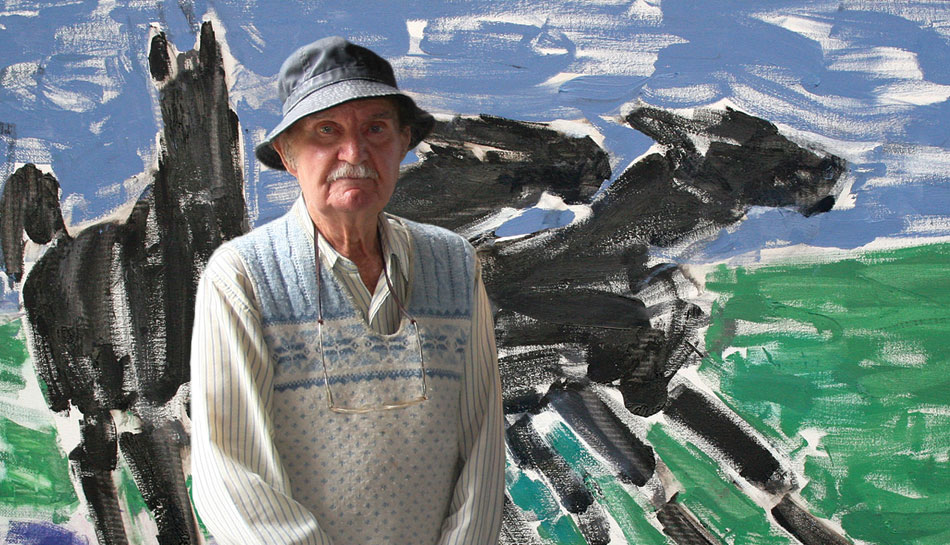 MARTICA SAWIN
Critic and arthistorian Martica Sawin attended the University of Iowa when the art department was filled with returning veterans. In the 1950s she covered the New York galleries as a contributingeditor of ARTS and correspondent for Art International. For thirty years she taught and chaired the art history department at Parsons School of Design. She is the author of Surrealism in Exile and the Beginning of the New York School, and of many monographs on contemporary artists, among them Stephen Pace.