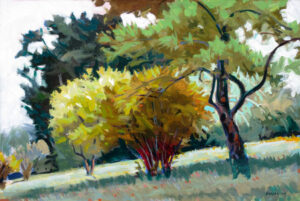 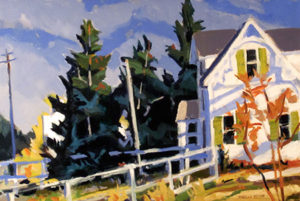 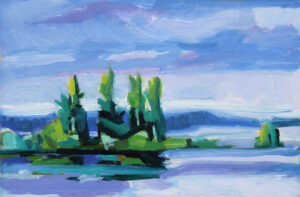 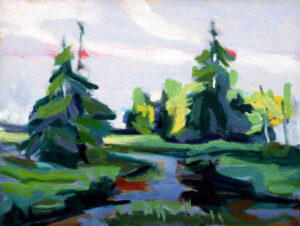 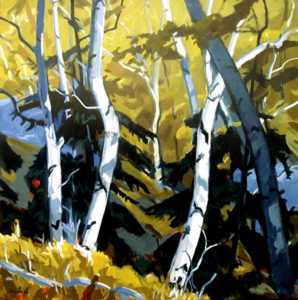 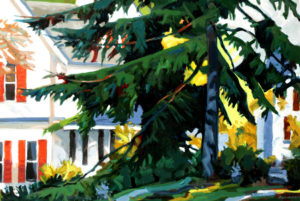 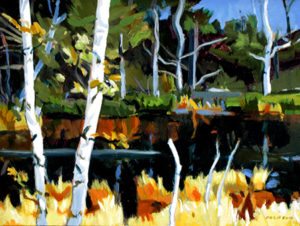 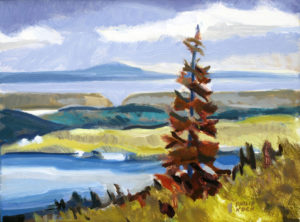 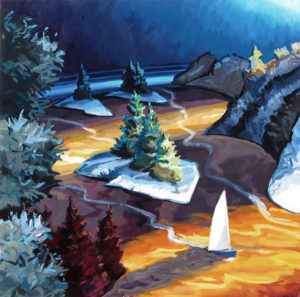 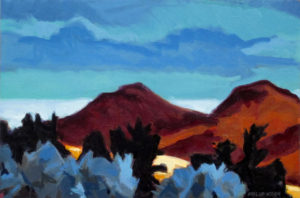 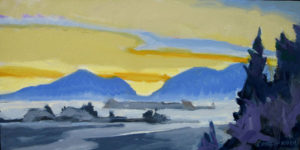 Philip Koch (b.1948) is widely known for his vividly colored paintings of the natural world, and his work has been described as emotional and romantic, often tinged with a subtly visionary feeling.

Originally an abstract painter, Koch was inspired to work in a realist direction by the paintings of Edward Hopper. Beginning in 1983, Koch was awarded his first residency at Hopper’s former studio on Cape Cod. Since then, Koch has been granted unprecedented access to Hopper’s private studio. In 2014, Koch enjoyed his fifteenth residency at the studio, and in 2015 the Edward Hopper House Art Center in Nyack, NY, held a featured solo exhibition of Koch’s paintings.

Koch’s paintings have been the subject of fourteen solo art museum exhibitions, and his work is held in the permanent collections of fifteen American art museums, including the Butler Institute of American Art in Ohio, the Swope Art Museum in Indiana, and the Memorial Art Gallery in Rochester, NY. 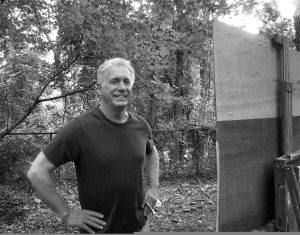 Koch was recently honored by being named the 2015–2016 Artist in Residence at the Burchfield Penney Art Center in Buffalo, NY.

Koch is the great grandson of John Wallace, the Scottish landscape painter, and grandson of John Capstaff, the inventor of Kodachrome, the world’s first commercially available color film. Ironically, Koch avoids photography in the making his paintings. He believes direct observation and memory allow him to reach a more emotionally and resonant place in his paintings.

Growing up on a remote forested shore of Lake Ontario in Upstate New York, Koch was deeply impressed by the elemental cycle of the northern seasons. He first encountered Maine’s rocky coast on his honeymoon three decades ago and immediately felt a kinship with the state’s coastline.

Koch is a senior professor at the Maryland Institute College of Art.