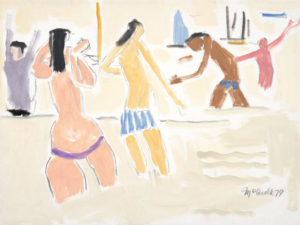 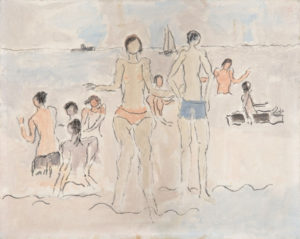 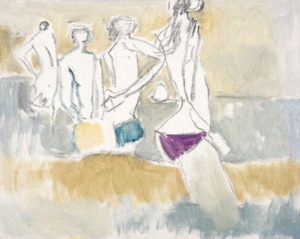 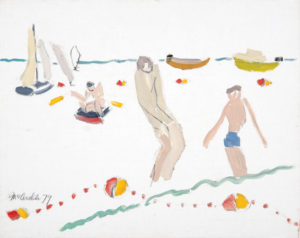 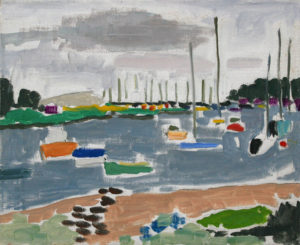 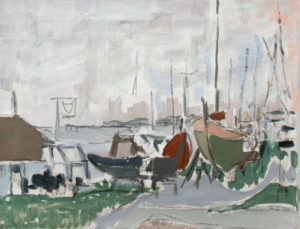 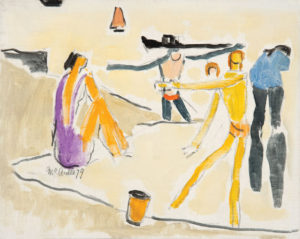 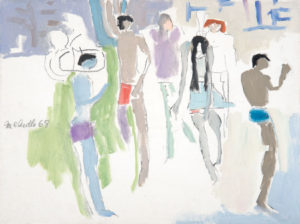 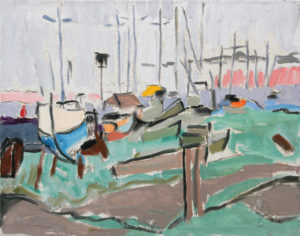 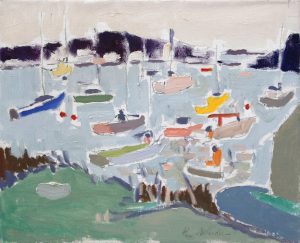 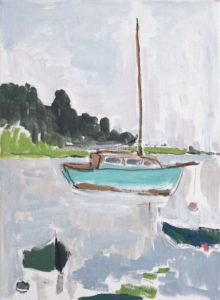 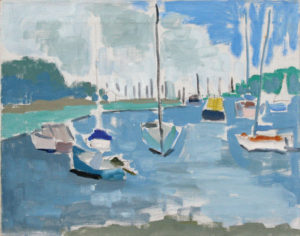 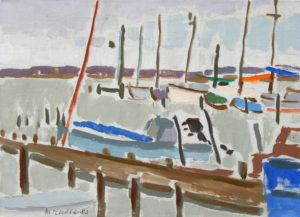 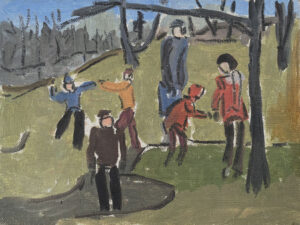 Patrick James McArdle (1915—1997) was born in Nottingham, England, and raised in the hamlet of Crossmaglen, in County Armagh, Ireland. He spent his formative years as an artist studying with the renowned French painterAmédée Ozenfant. At his first exhibition, McArdle’s work was considered “tres orignale et remarquablement fraiche de couleur,” by France Amerique.

Upon emigrating from Ireland to the United States, McArdle received his formal education at the Art Student’s League in New York City where he was a pupil of Hans Hoffmann. He spent summers in Maine, studying with marine painter Jay Hall Connaway. Often compared to Henri Matisse, McArdle’s figures exhibit a similar feeling of movement and presence, or as one critic for Art News put it, they are “…whimsical comments on equilibrium…and human manners.”

McArdle showed exclusively in New York City from the 1950s through the 1980s, where Blondelle Gallery, Burr Gallery, Collector’s Gallery, and Greer Gallery mounted exhibitions of his oils and assemblages. McArdle’s work was selected for “Trends in American Art”, an exhibition at the Whitney Museum of American Art in 1955, and “The Betty Chamberlain Review of American Artists”, an exhibition at the Museum of Modern Art in 1967. His paintings are represented in the private collections of eminent collectors from the mid-twentieth century such as Sid Caesar, Imogene Coca, Max Liebling, M. Joel Friedman, and Brahm Miranda, his agent.

In his later years, McArdle lived in Harpswell, Maine, and he used the scenes around him as his subject. His paintings are included in the permanent collections at the Farnsworth Museum, Rockland, Maine, and the Art Museum at Indiana University, Bloomington, Indiana. 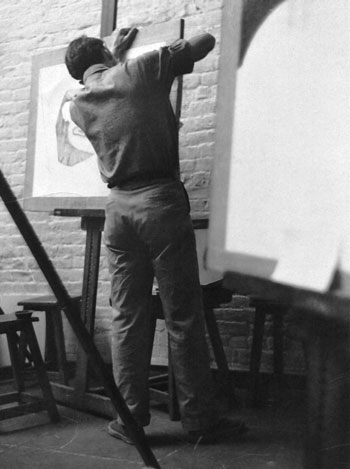