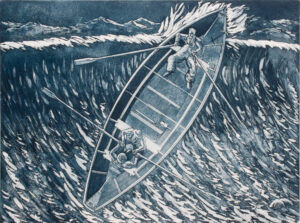 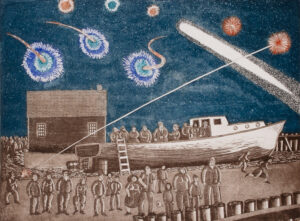 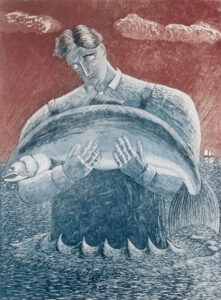 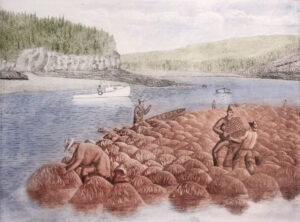 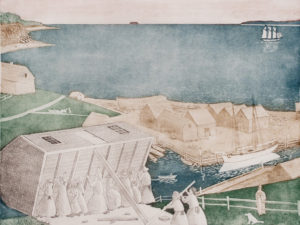 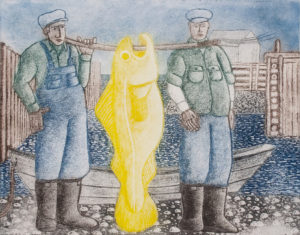 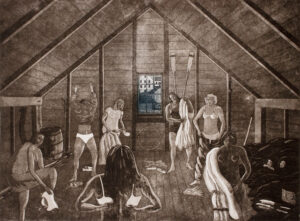 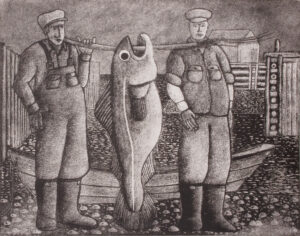 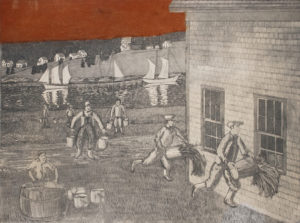 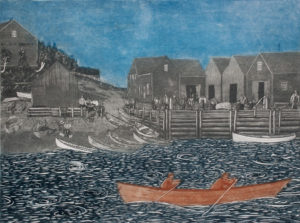 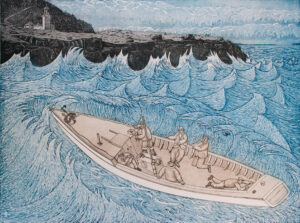 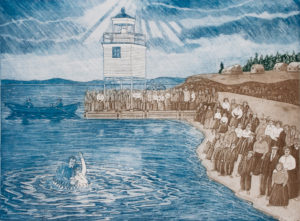 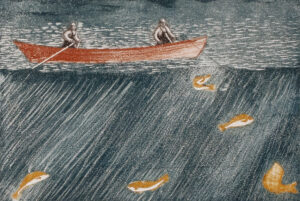 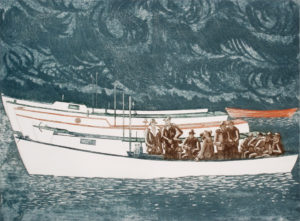 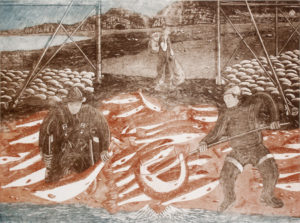 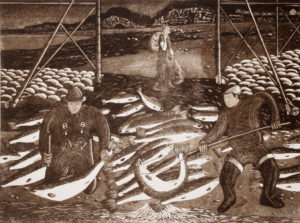 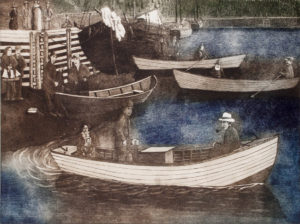 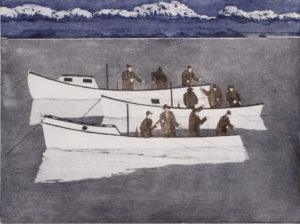 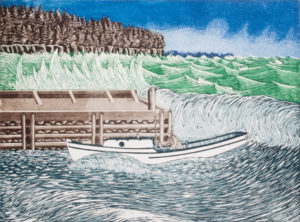 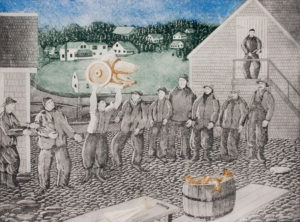 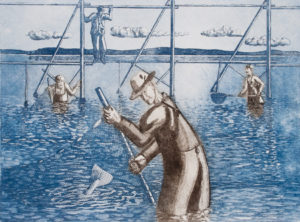 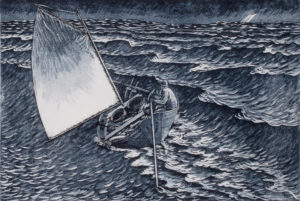 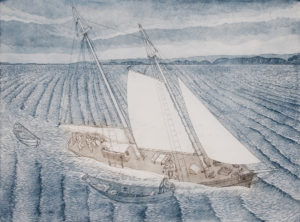 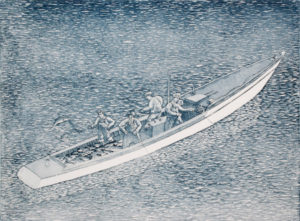 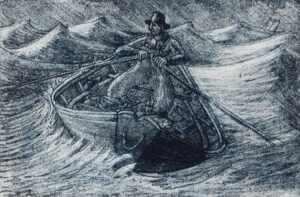 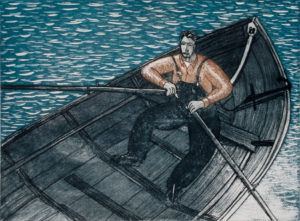 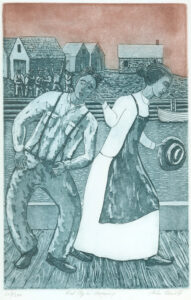 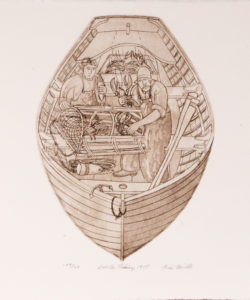 John Neville (b. 1952) paints nostalgic portrays of bygone days which chronicle the folklore and daily lives of the local fishermen and their women from his childhood village. This popular Canadian artist, who splits his time between Nova Scotia and Maine, is a painter, printmaker, and story teller, who has engaged collectors throughout his long career with his exceptional etchings, and more recently the bold pallet and modern compositions of his impressive oil paintings.

A native of Nova Scotia, Neville was born in Halls Harbour, on the Bay of Fundy, to a family of boat builders and fishermen where hard work was taken for granted. He grew up fishing with his father, building boats, and listening to the tales of men and women in the local villages. There were stories about bootlegging, bad luck, record catches, rivalries, and drunken husbands—all of which became the basis for his rich pictorial language.

At a young age, Neville began drawing boats and other subjects on the backs of advertisement broadsheets given to him by his grandfather, the village postmaster. In 1972, Neville left Halls Harbor to attend the Nova Scotia College of Art and Design in Halifax where he studied photography and printmaking. After graduating with a BFA in 1976 from the Centre Gravure de Contemporaine in Geneva, Switzerland, he returned to Halls Harbour to set up a printmaking studio. Using the stories from his childhood, Neville engraved his images on copper plates, then hand inked and pulled them in the traditional manner using the intaglio process. Neville uses the technique’s many personalities to offset strong, architectural lines with tinted grounds of color, and though his subject matter is nostalgic, his clean graphic representations are clearly contemporary.

In recent years, Neville brought the mark making of his etchings to the brush. His oil paintings are instantly recognizable by his drawing style and his bold use of color. Neville no longer produces prints due to an allergic reaction to the chemicals. These etchings represent Neville’s last in this medium, making his exceptional collection of prints even more unique and collectable.