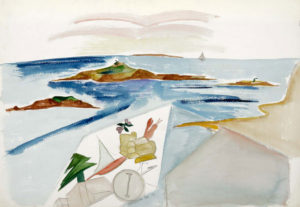 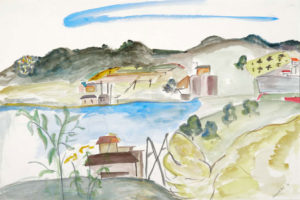 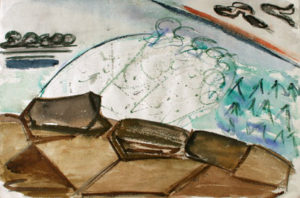 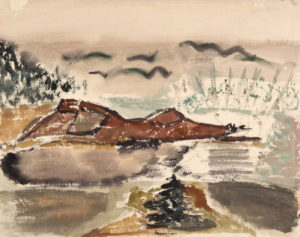 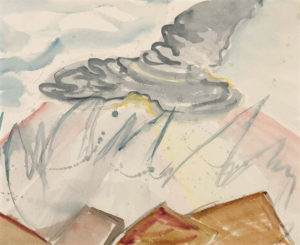 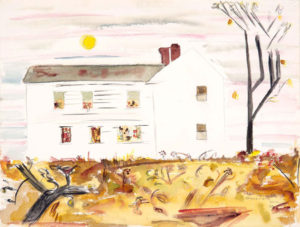 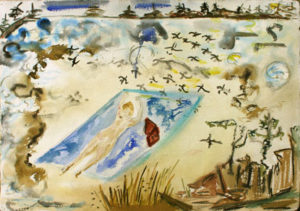 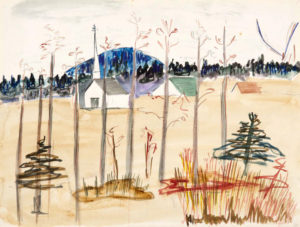 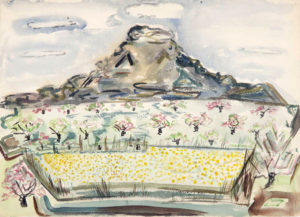 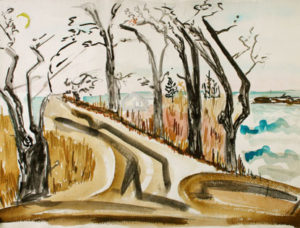 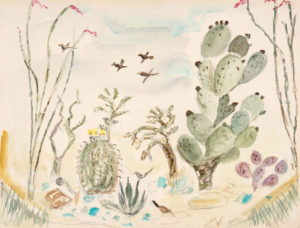 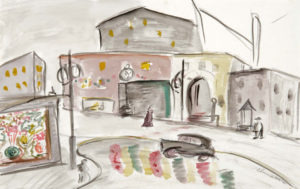 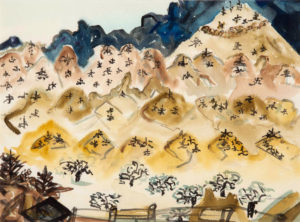 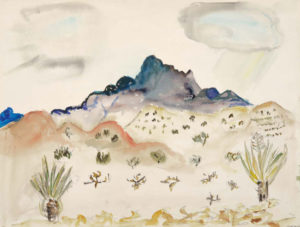 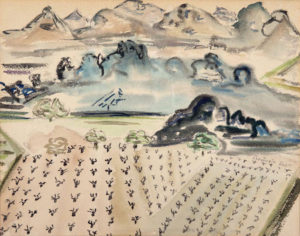 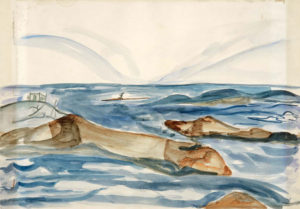 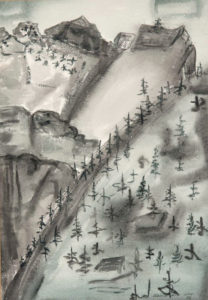 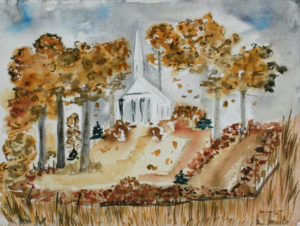 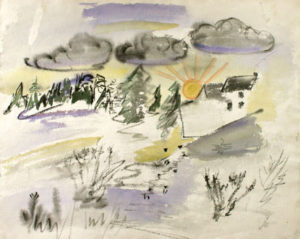 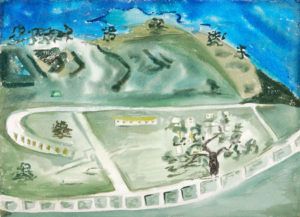 Chenoweth Hall (1908—1999) spent most of her formative years in New York City during the 1930s and then moved to the small coastal town of Prospect, Maine in the early 1940s. There she became a noted art teacher, sculptor, and painter of landscapes with a spontaneous, modernist style much influenced by John Marin and Marsden Hartley.

Hall attended the University of Wisconsin where her early interest in painting was ignited by a John Marin exhibit at the University. After graduating with a degree in musicology, Hall moved to New York City to teach music. Two years later, she left teaching to become a copywriter eventually working for a Madison Avenue agency where she handled such well-known fashion accounts as The Cotton Shop,Lily Daché, and Helena Rubenstein.

During her time in New York City, Hall led an exciting and active life centered on the arts. She played violin in the Brooklyn Symphony Orchestra and the Rossano String Quartet, and monitored courses at The New School for Social Research, while working on a thesis, The Inter Relationship of the Arts, at Columbia University. She met photographer Berenice Abbott and the two artists began a friendship that endured for fifty years.

In 1939, Hall moved to Prospect Harbor to devote more time to painting, sculpture, and writing. Here, she began to sculpt with Maine granite, basalt, and diorite. She also carved with pine, applewood, and oak. Though she painted with oils, and with mica and acrylic, Hall’s favorite painting medium remained watercolor. Soon her work was shown in exhibitions in New England, New York City, and Philadelphia, and her work is included in numerous museums and private collections throughout the country.

After moving to Maine, Hall became a close friend of John Marin during his summers at Cape Split near Addison, and her early admiration of his work came full circle in their mutual affection and regard. Hall also formed a close and rewarding friendship with modernist painter, Marsden Hartley, who spent many months of his last years in Corea, a neighboring village to Prospect Harbor.

In 1946, Houghton Mifflin published her novel The Crow on the Spruce. In the 1950’s she wrote a libretto for opera and ballet, The Stone, based on the theft of the Stone of Scone from Westminister Abbey. In 1968 Hall collaborated with Berenice Abbott on A Portrait of Maine, combining text by Hall and photographs by Abbott in a definitive study of the state where they both had made their home. In 1970, Hall’s four-and-a-half ton granite memorial sculpture to the famed conductor Pierre Monteux was dedicated in Hancock.

In 1968, Hall became artist in residence and associate professor of art at the University of Maine, Machias, a post she held for 10 years. On her retirement from the University, Hall divided her time between Prospect Harbor and Jekyll Island, Georgia, where she was an active member of the Jekyll Island Art Association, the Mozart Society, and played violin in the Brunswick (Georgia) Symphony Orchestra.