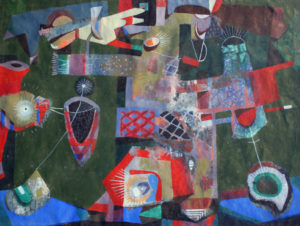 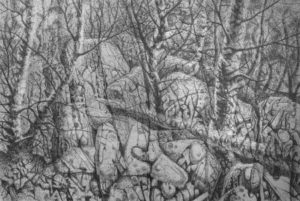 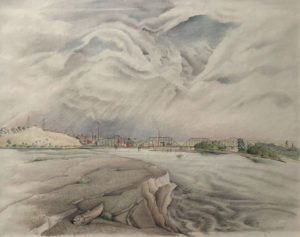 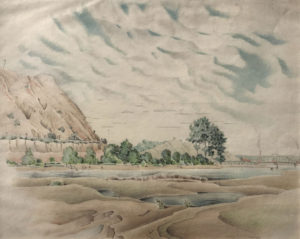 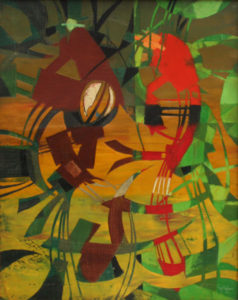 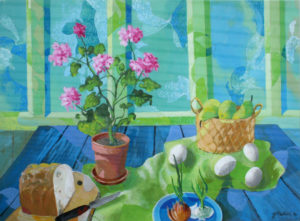 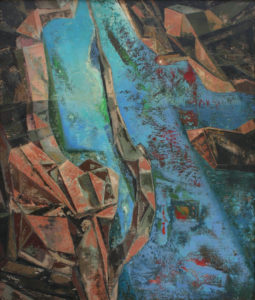 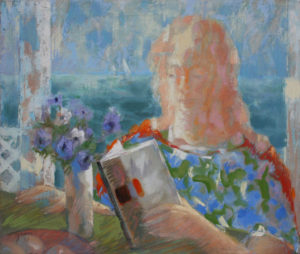 Carl G. Nelson (1897—1988) was born in Sweden and came to the United States when he was five years old. He was a part-time resident of Great Cranberry Isles for twenty-one years and a full-time resident for nineteen years following his retirement from teaching in Boston.

Nelson, during his long professional life, was both a well-known painter and a respected teacher. He taught at the Sioux City Society of Fine Arts in Sioux City, the American Peoples School in New York City, the Cambridge School of Design in Cambridge, the Boris Mirski Gallery in Boston, the Cummington School of the Arts in Cummington, and the YWCA Workshops in Boston. In spite of a very heavy teaching schedule Nelson was a prolific artist,  who worked in a variety of mediums, including oils, caseins, pen and ink, and linoleum cuts. In 1979, a collection of his linoleum cuts called The Prince of Peace, was published by The Tidal Press of Cranberry Island.

Over the course of his career, Nelson was invited to appear in a number of distinguished group shows, including Carnegie International, Pennsylvania Academy of Fine Arts, Whitney Museum Biennial, Boston Arts Festival, and the Worcester Museum, among others. A partial listing of his work in the collections of a variety of museums, includes the Worcester Museum, Addison Gallery of American Art, University of Maine, and the Portland Museum of Art. His work is in numerous private collections. In his latter years, Nelson had a long and fruitful association with Fred and Clarice Fox who ran The Schoolhouse Gallery in Sanibel, Florida. He was productive, creating work into his 80’s.

But a listing of official honors does not include Nelson’s prowess as a host and chef. The many guests whom he invited to sumptuous dinners can testify to this. Nor does it include his passion for gardening, in particular for the care and nurture of every sort of flower, which could be induced to bloom on Cranberry Island. These flowers provided constant subject matter for his paintings. And mention should be made of the discreet flamboyance of his wardrobe, which was often as colorful as his garden flowers, as well as his generosity in distributing the largesse from his vegetable patch.