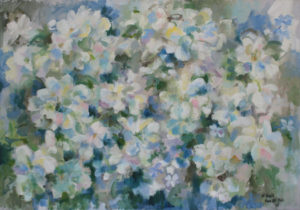 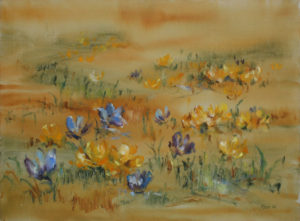 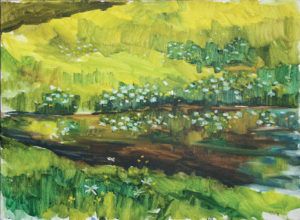 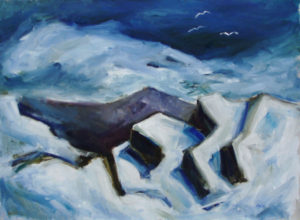 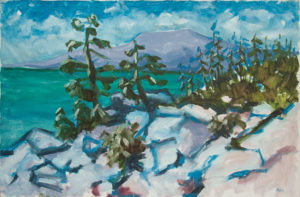 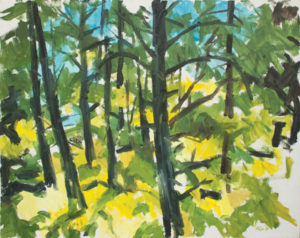 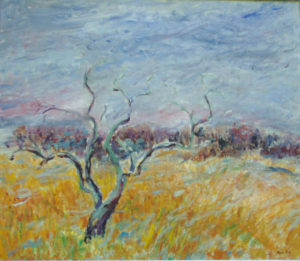 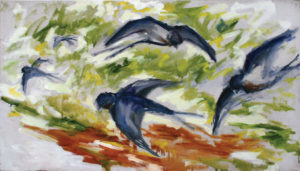 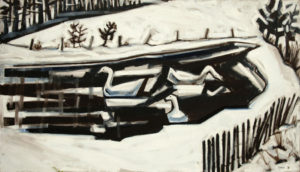 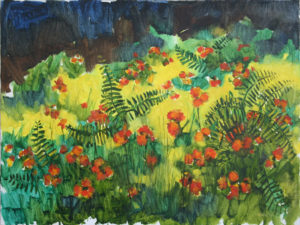 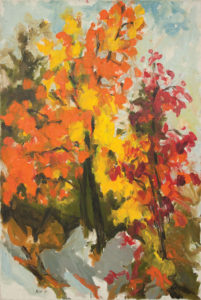 William Moïse (1922-1980) was born and raised in Carlinville, Illinois. He grew up amid a creative and bustling household of three sisters and an industrious mother. All of his sisters entered professional theater, and his mother, well into her eighties, commuted winters from Tennessee to Florida to work as costume designer for the University in Tampa.

During this time Moïse became interested in the work of Dr. Wilhelm Reich, a scientist and the father of “body therapy.” He left teaching art to become Reich’s assistant and private secretary, during which time he met Eva Reich, Wilhelm’s daughter. Eva and Bill married and had one daughter, Renata. Reich’s research laboratories were in Rangely, Maine, and it was through this connection that Bill and Eva settled in Hancock on an old farm during the 1950’s.

In 1970, Moïse wrote and self-published The Taste of Color, Touch of Love, an in-depth guide to painting that features several very beautiful full color plates of his work. Affluent summer visitors, as well as local art lovers, collected his paintings. Moïse’s work was presented to governors, vice presidents and embassies. In 1972, movie producer Joe Levine, heading a group of four investors, purchased more than 400 of Bill’s paintings. Moïse retained a collection of his favorites for his estate. The paintings chosen by one of the four investors are now in the collection of the University of Maine at Orono.

In an interview in 1979, the interviewer asked Bill Moïse, “besides painting, what compels your interest?” Women and tennis,” he grinned. Moïse died unexpectedly on August 6, 1980, at the age of 58, during a game of doubles tennis.