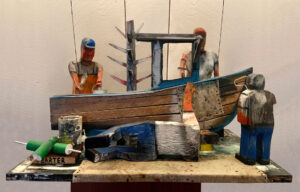 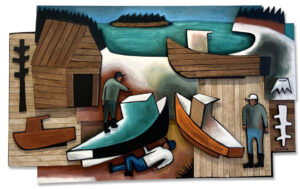 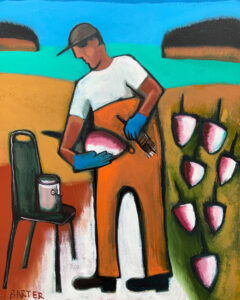 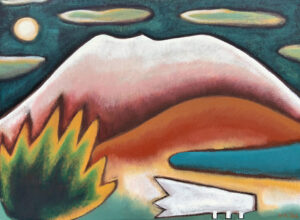 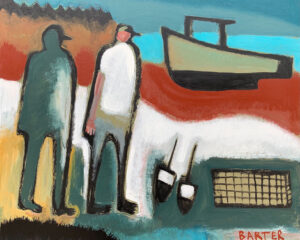 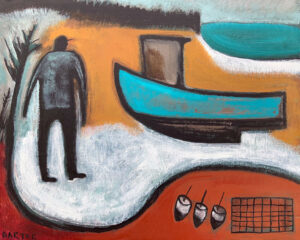 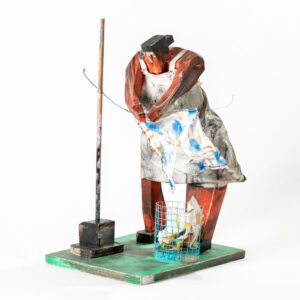 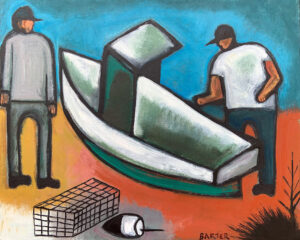 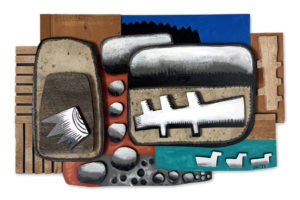 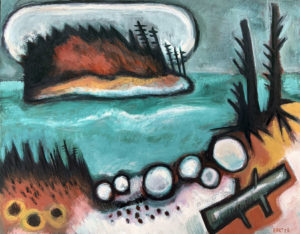 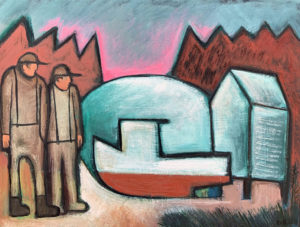 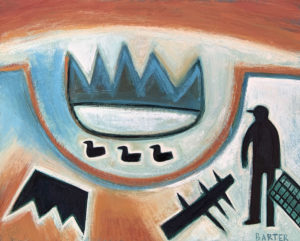 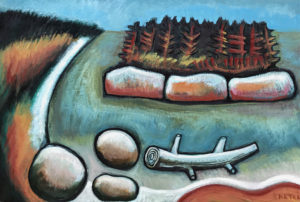 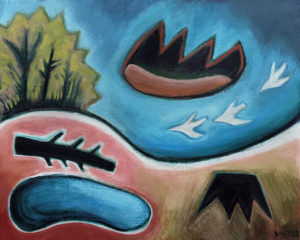 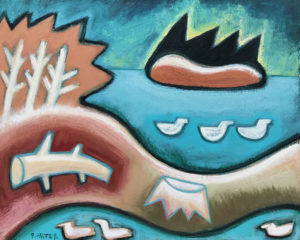 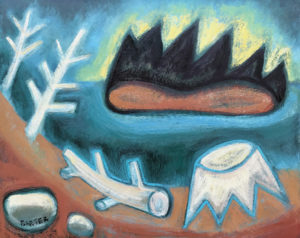 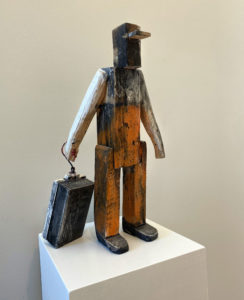 Matthew Barter (b. 1975) is a self-taught artist who paints, carves, and sculpts. His motifs pay tribute the men and women who live and work in and around Maine’s waterfronts and harbors, and the earthy beauty of the Maine landscape.

The lack of formal training gives Barter’s paintings an authentic folk-like sensibility, yet his eye for composition, shapes, and color demonstrate a sophisticated aesthetic. His work is bold and fearless.

Whether painting or carving, Bater’s focus in on a fisherman’s on-shore work—the tending to the equipment, repairing the boats, and the scrapping and painting of everything from buoys and boats to bait shacks and sheds. Barter also has a variety of quirky interest from NASA and outer space to David Bowie that contribute to his rich vocabulary.

Barter’s carved fishermen are fast becoming a signature motif. Made from reclaimed wood beam and oil paint, his rough-cut figures capture the brawn of these weathered men as they go about their chores laden with their lobster traps, hoes, buckets, and buoys.

Matt was raised in Downeast Maine. His father is the acclaimed Maine painter Philip Barter, and his Matt caught the creative “bug” early on. At an early age Matt helped his father around the studio washing the brushes and preparing the canvases. In return, Matt had the free-run of the studio. He sold his first painting at age ten, and by his teens Matt was learning the mechanics of oil painting and making his own wood reliefs. Father and son have since collaborated on several shows and wood relief projects.

Matt also worked with his father at a young age on various commercial fishing boats, lobstering, and mussel harvesting. These experiences gave Matt an ingrained affinity for Maine’s hard working people and her working waterfronts.

Matt maintains a studio in Brunswick, Maine, where he lives with his wife Rebekah and their two sons.